How to base a dimension on an already existing custom dimension

Written by Peter Lundberg
Updated over a week ago

Common examples of when this might be applicable are:

But there are many other uses of this depending on how your data is structured.

Below is an example of a "Tactic" dimension that uses the Funnel default dimension "Ad campaign name": 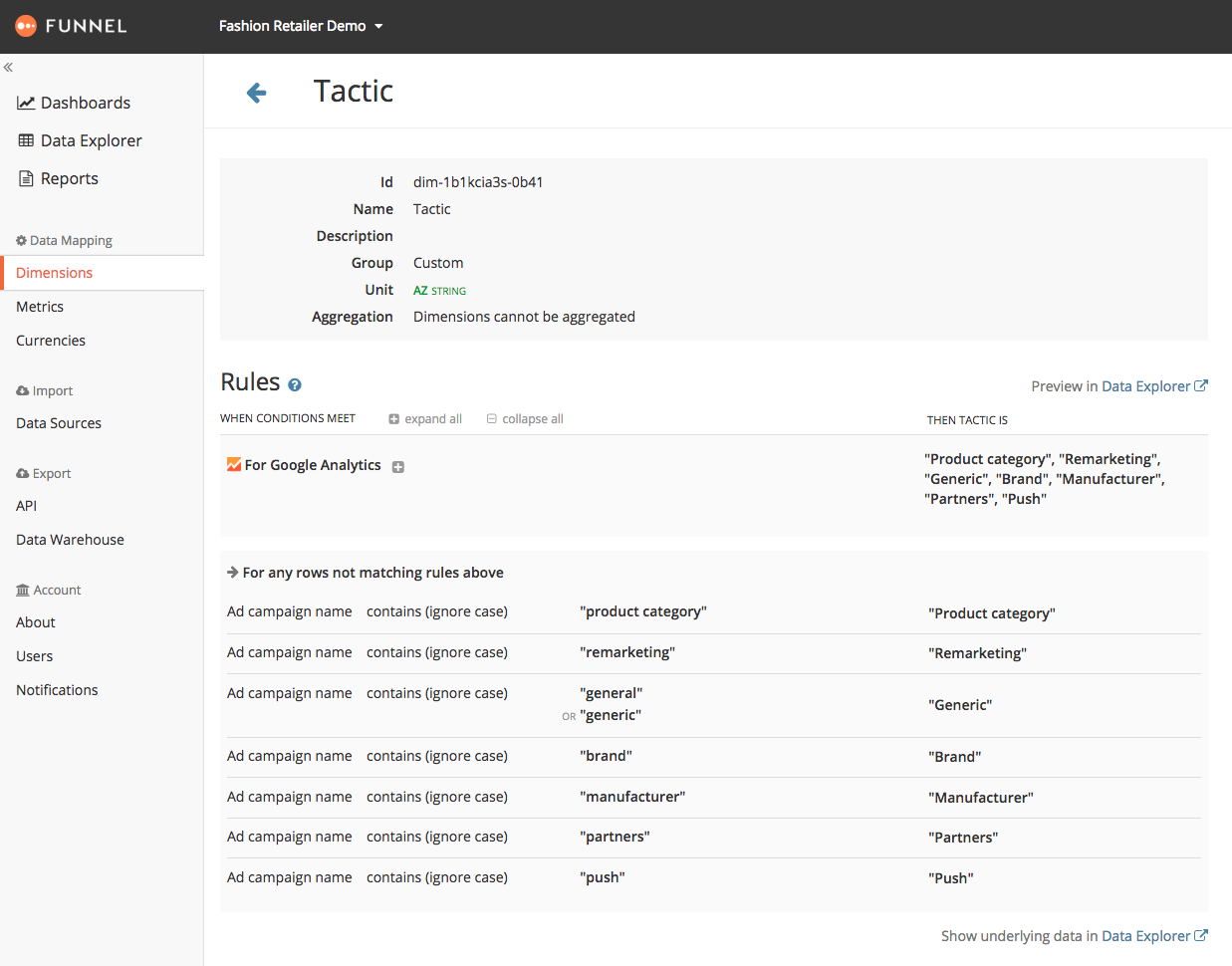 To set up a dimension like this you simply edit an existing dimension or create a new one. You can base your dimension rules on already existing custom dimensions by adding the rules as common rules, see picture below. 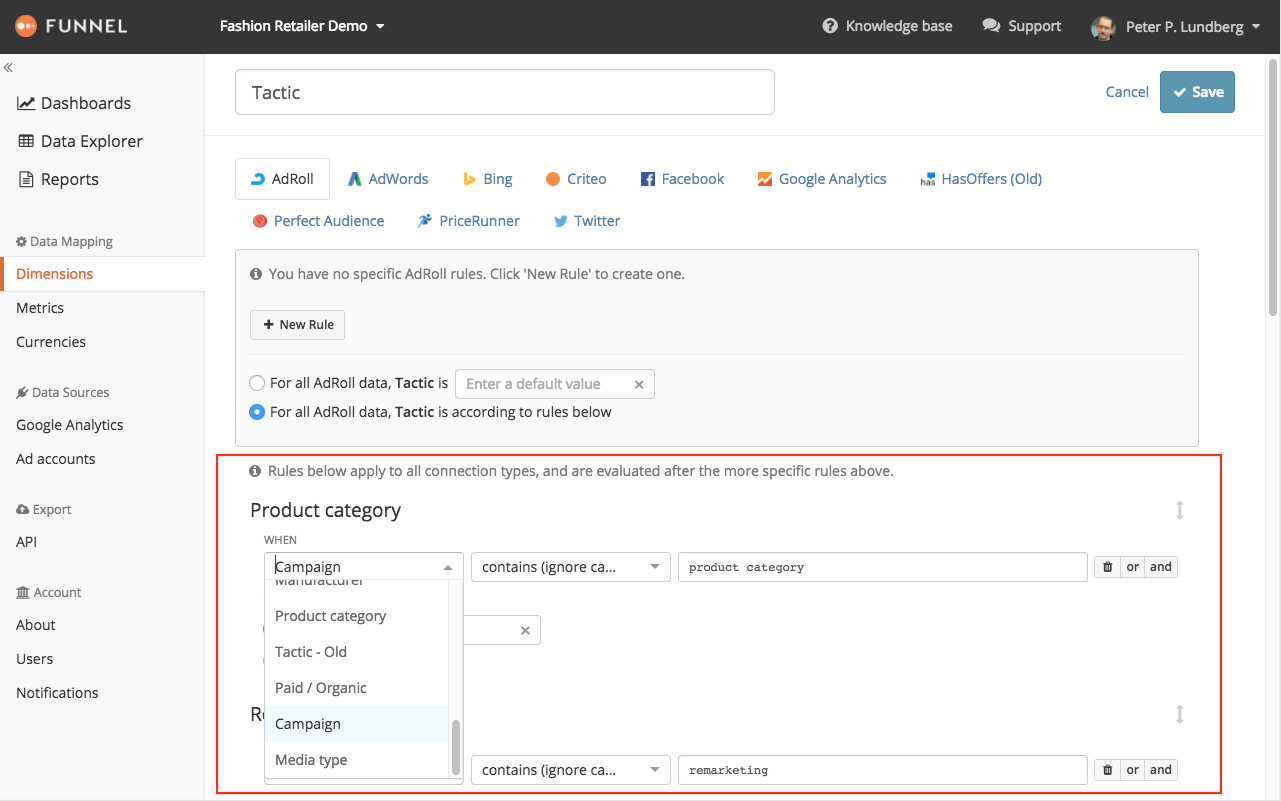 Choose the appropriate one and enter rules as usual.