All Collections
Connections & Data
General info on data sources
Twitter - Which reporting level am I connected on?

Written by Funnel
Updated over a week ago

To see what level you have connected on in twitter you need to go to the Data sources tab in the Funnel app.

You can use the search in the top right  corner to search for all your twitter connections.

The level you have connected on can be seen in the text just below your connection description, shown in the image below:

The different levels can be compared to those found in Twitter as follows:

See the different levels available in the Twitter ads UI below: 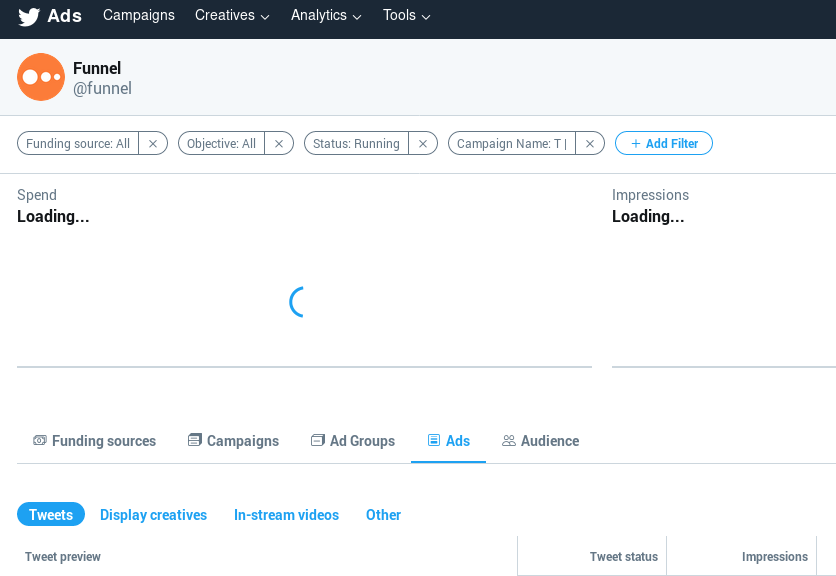