What are custom dimensions?

Written by Ross
Updated over a week ago

Using Funnel custom dimensions is a great way to make meaningful groups of data. Instead of reporting on Google Analytics data separately, you can create simple rules to combine this with your ad platform data. You can also sort data from multiple ad platforms into more meaningful groups.

When collecting data from ad platforms and Google Analytics, the data is stored in separate files. You then need to manually map this data in order to gain the complete picture of your marketing efforts.

One of Funnel's default dimensions (called "Traffic source" in our user interface) automatically groups data from your ad platforms with Google Analytics. Let's take a look at the logic behind this automatic grouping. For this example, we'll see how Funnel groups Facebook and AdWords data with Google Analytics.

1. Once the data sources have been connected, Funnel creates a new bucket/dimension where the ad platform data will be combined with data from Google Analytics. In this example the new dimension is called "Channel":

2. Using a simple set of predefined rules, Funnel matches the individual ad platform data to the corresponding Google Analytics data. These rules can also be edited to suit your naming convention:

Let's look at the same example for AdWords in a little more detail. Funnel first labels the AdWords data based on the name of the data source: 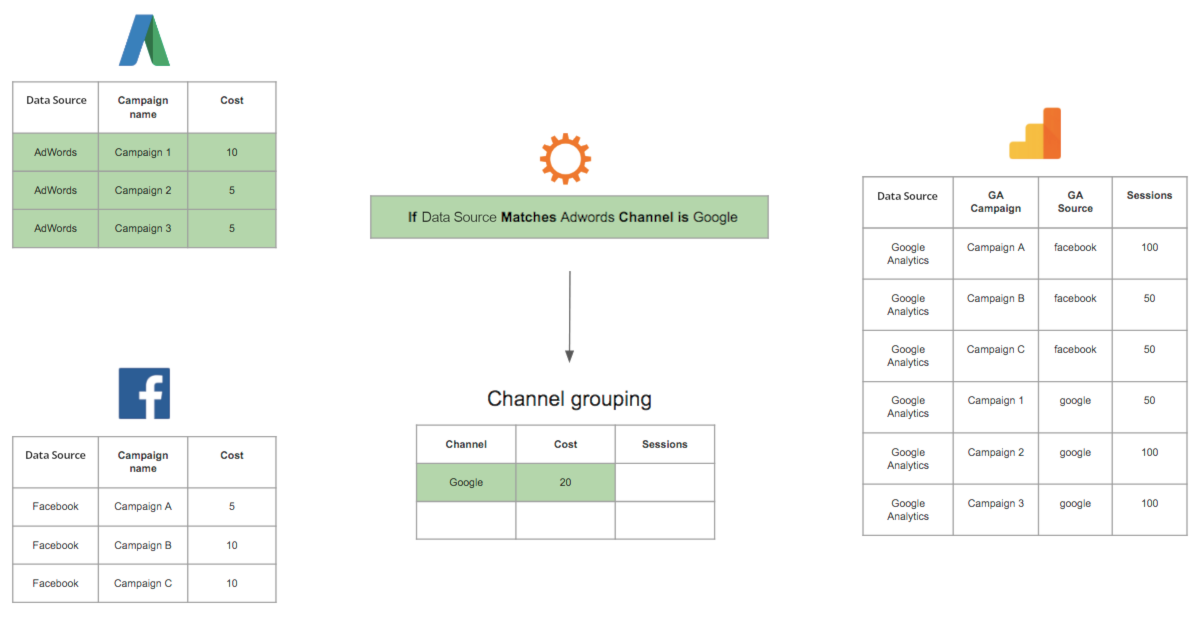 Funnel then labels the data from Google Analytics based on the utm_source parameter: 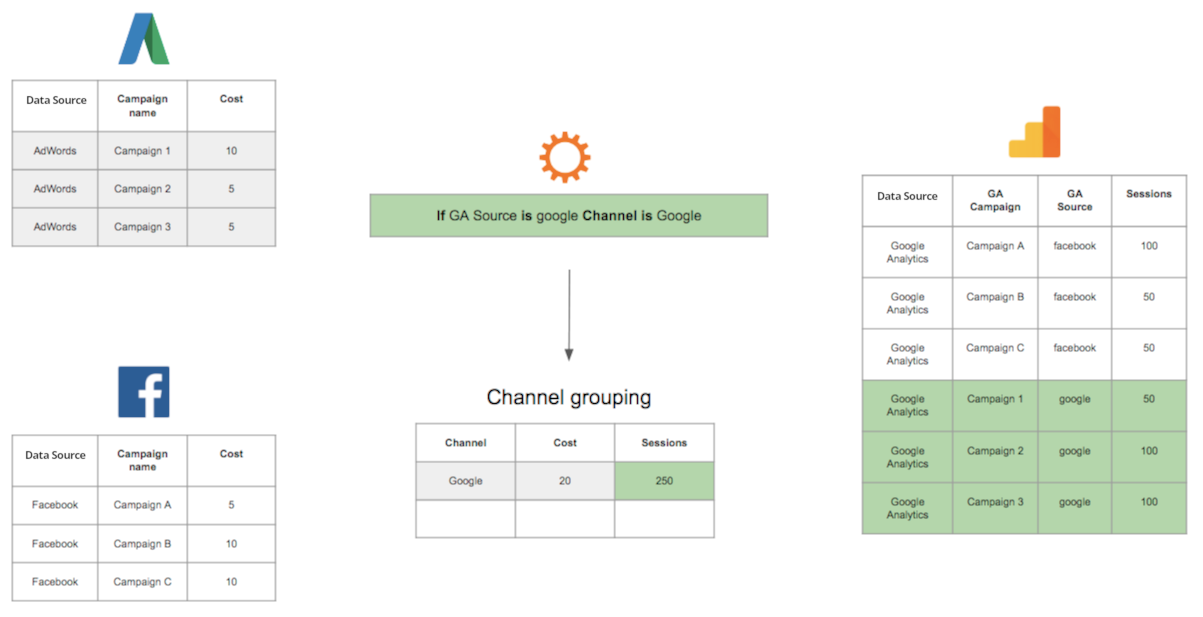 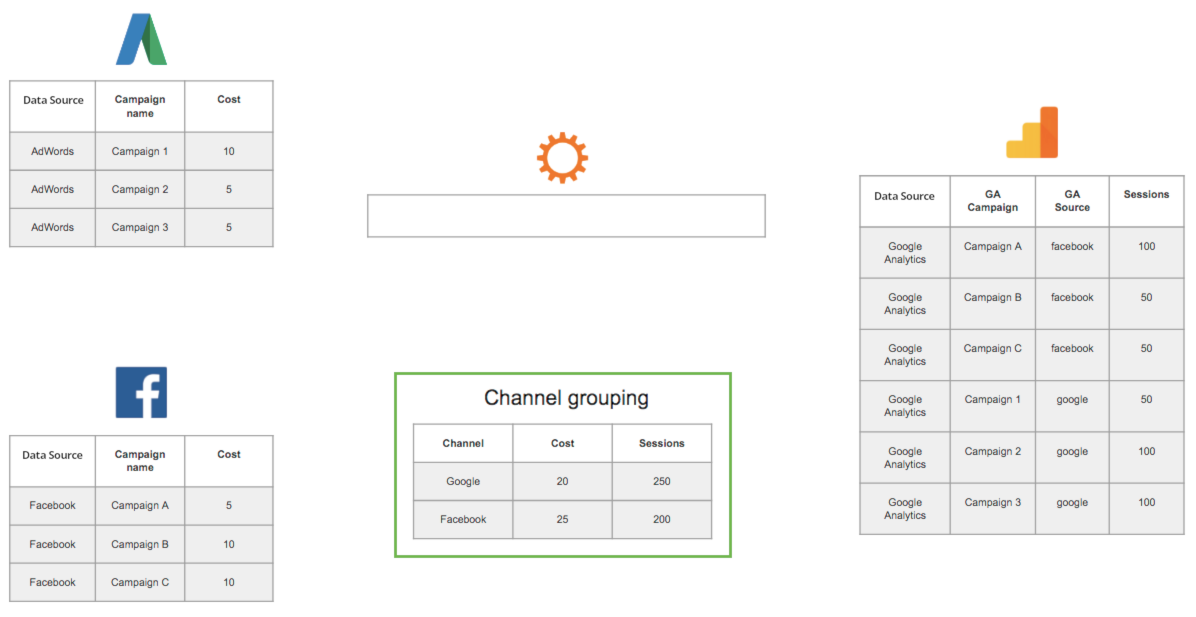 Once all the data has been mapped, you can then use this new group/dimension when exporting data from Funnel to your data warehouse or dashboarding solution.

Here's an example of a dashboard created in Google Data Studio using this dimension: 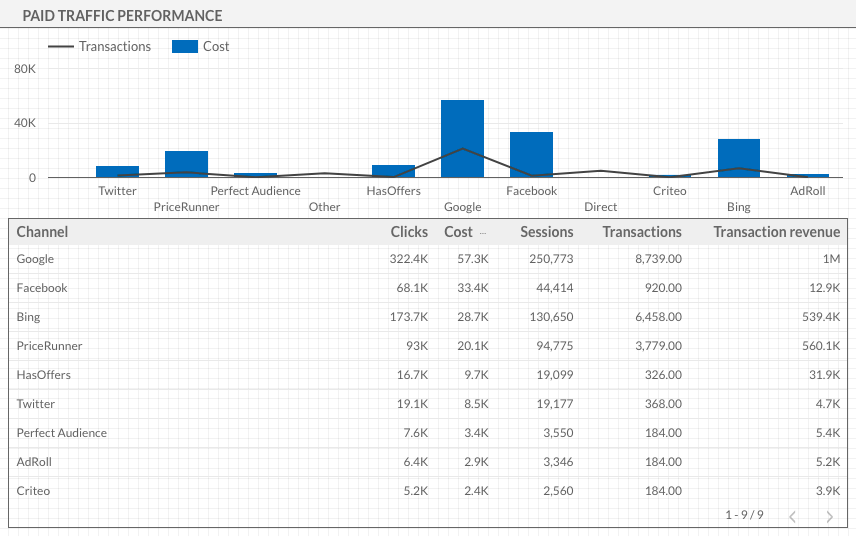