All Collections
Data Transformation
Lookup Values from a Google Sheet

Lookup Values from a Google Sheet

Written by Daniel Vinntreus
Updated over a week ago

When having a field containing for instance campaign codes it is often better to replace these with more readable variants. This can be done with Funnel rules either using the conventional "WHEN condition THEN value" or Inline Lookup Tables.

Maintaining these rules can be cumbersome especially when there are frequent changes to the lookup values.

To make this easier, you can connect a Google Sheet, with the lookup values, as a source in Funnel and create a new "Custom Dimension" from the "Dimensions" page in Funnel.

Add a rule for all data, select the field to use for the lookup ("Campaign" in this example), and click "+ more steps".

Select "lookup", and change the source of the lookup from "Comma-separated values" to the Google Sheet that contains your lookup values: 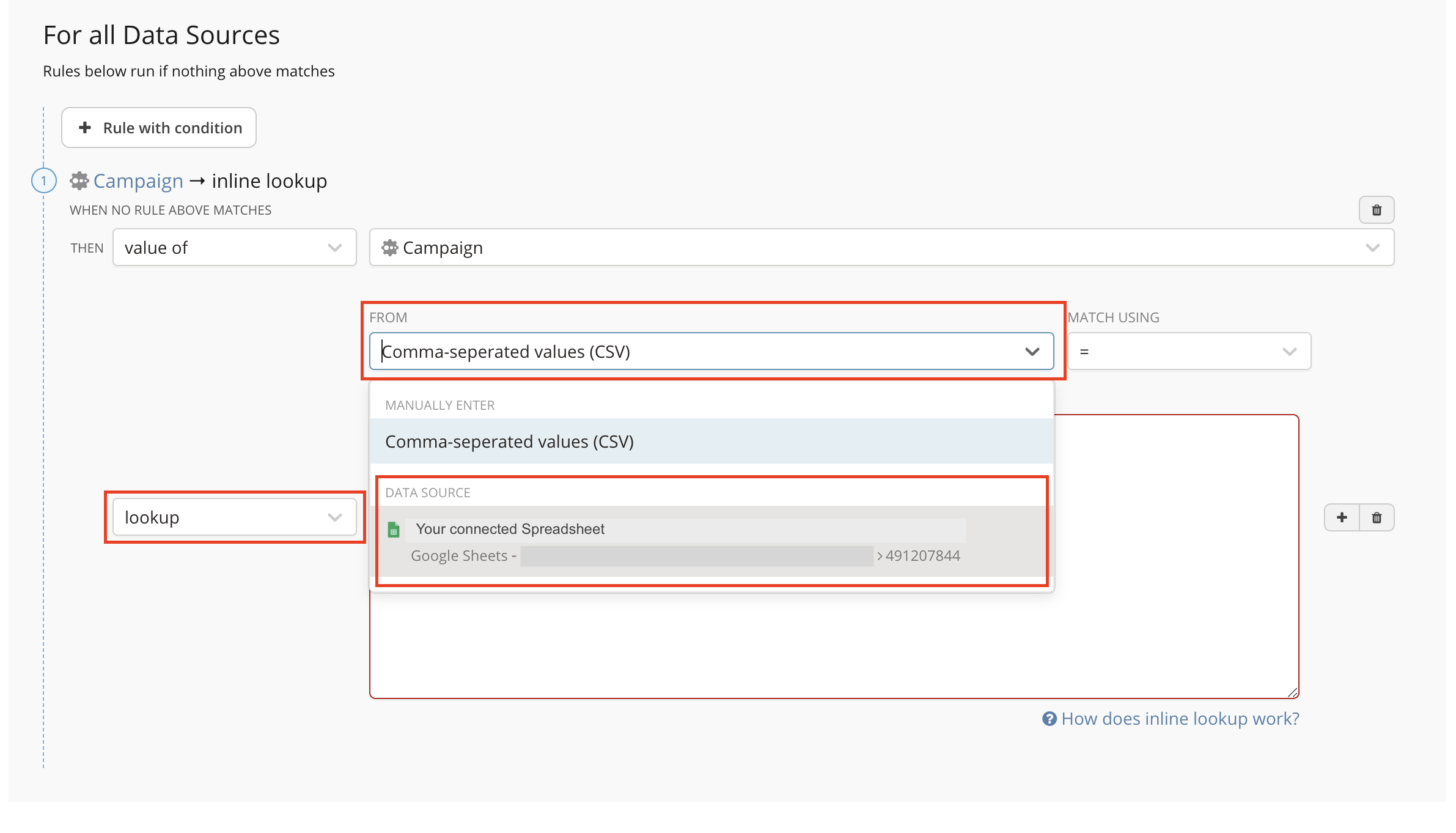 Matching can be fine-tuned by changing comparison operator in "MATCH USING".