Written by Nina Holtz
Updated over a week ago

If you use filters in Google Analytics to force all UTM-tags into lowercase you can do the same for your ad campaigns in Funnel to match the data on a campaign level. 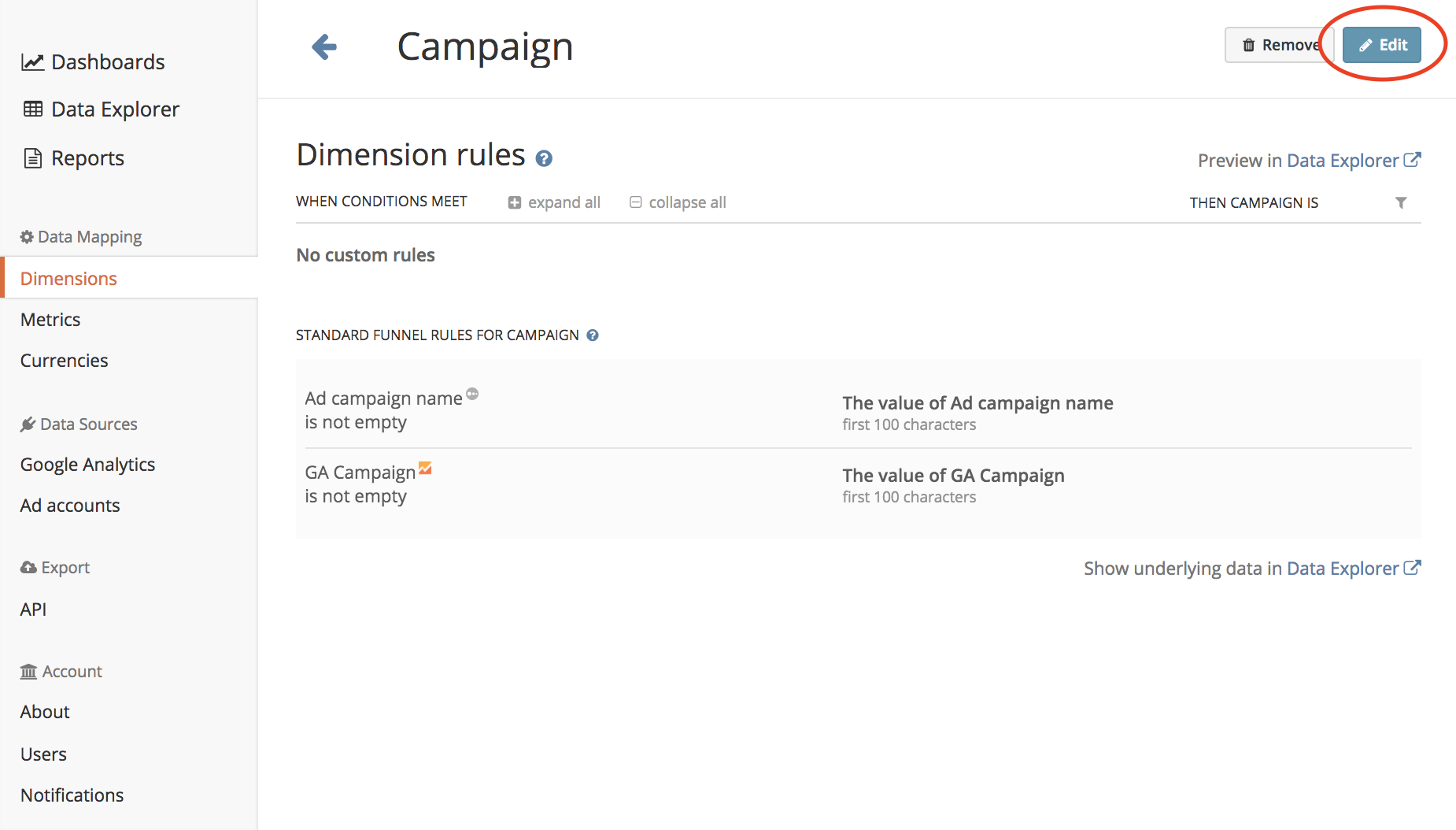 In order to override the existing Standard rules and force the Ad Campaign name into lowercase, create a common rule by clicking + New rule as shown in the picture below. 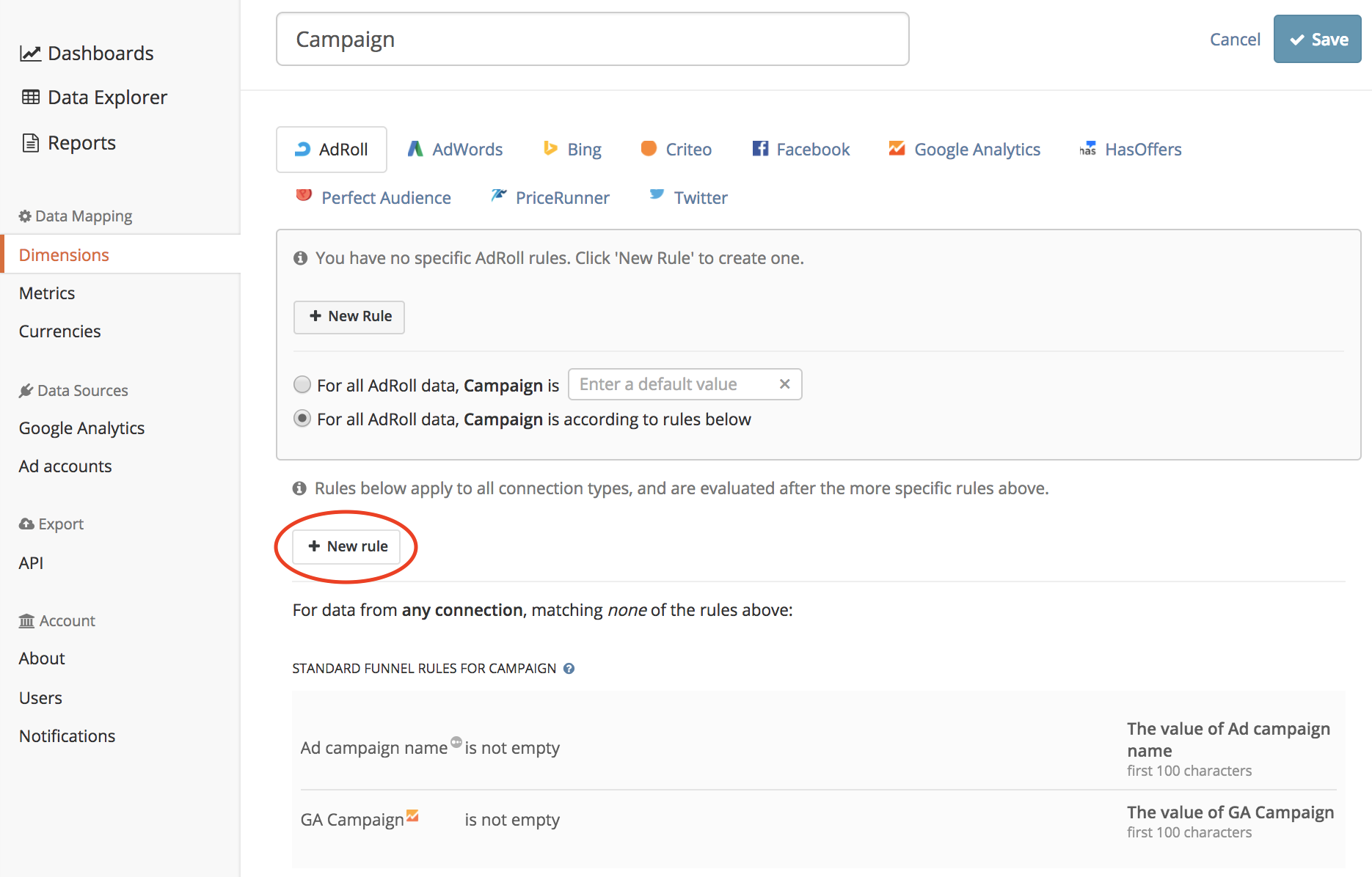 The rule that you want to create should pull all the different values from 'Ad Campaign name' (when they exist) and set the Campaign to the value of 'Ad Campaign name'.  Note that your account might not have an 'Ad campaign name' dimension. If that is the case you can create one from a template.
To force the Ad Campaign name into lowercase, click the '+' button to the right of the then rule:

Add choose 'convert', 'to lowercase'. You can also truncate the value if you want. The final rule will look like this:

This rule applies to all Data Sources in your Funnel account.