All Collections
Supported Dimensions & Metrics
What data can I get from Twitter Organic?

Written by Clarissa Liljander
Updated over a week ago

*Note that the User Insights report only contains non-aggregatable metrics and only fetches today's data, i.e historical data is only available as far back as the day you connected the source.

*Post Type's possible values includes photo, video, and animated_gif. This field is only available if a native media object has been ‘attached’ to the Tweet.

*Mobile conversion stats are available only to advertiser accounts enabled for MACT. 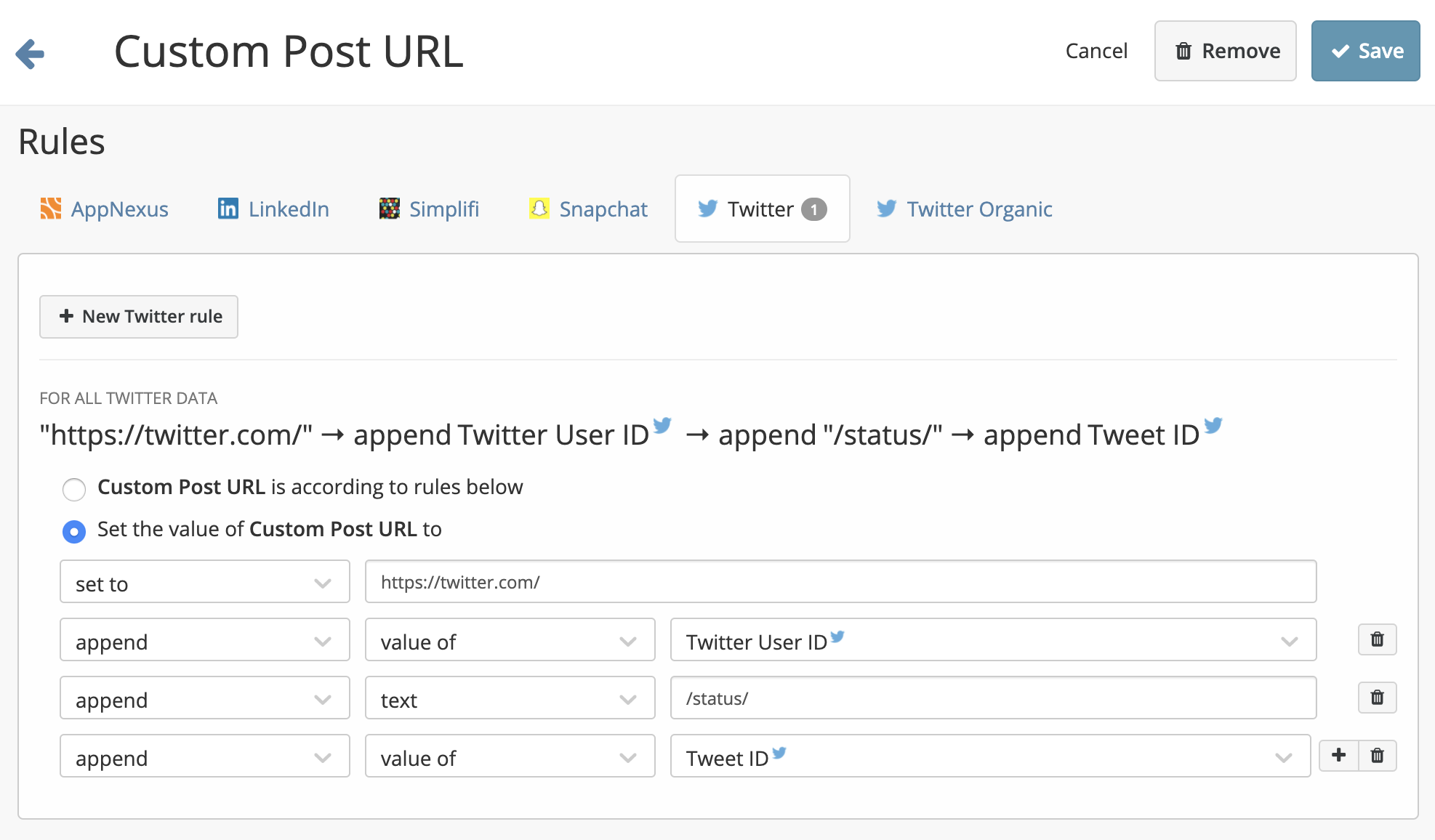 Note:
Some Twitter organic data sources will have a text on them saying "X days of data from a tweet creation". This means that the Twitter account in question has too many tweets for us to be able to download information about them indefinitely. To cope with the amount of tweets we limit the data collection for these the tweets in these accounts to X days from the creation of each tweet.